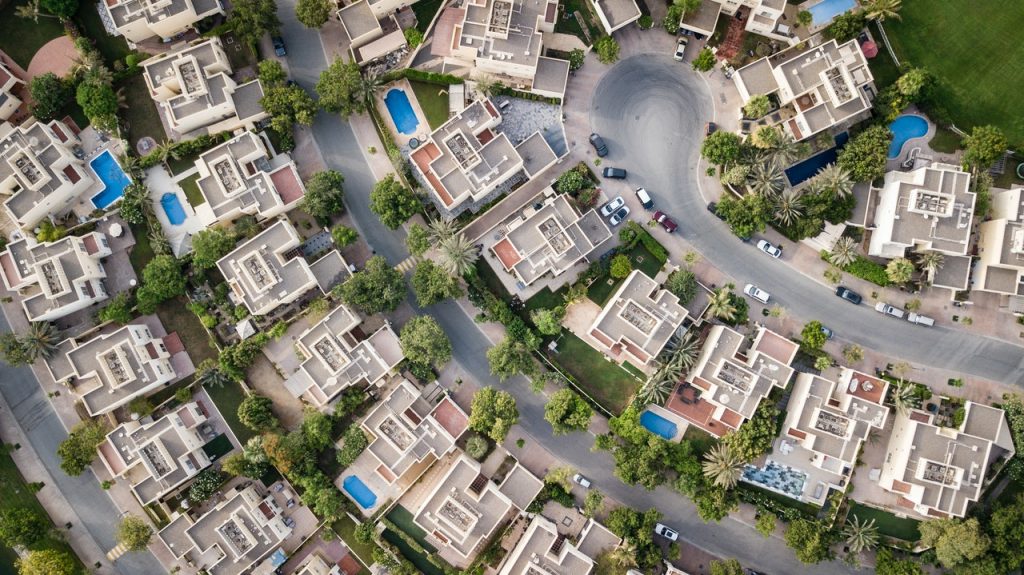 In a year where new constructions are on the rise, and existing homes are swept off the market as quick as they arrive, some may be left wondering, “What’s the best option for me?” While newly built homes help offset the housing shortage and the demand that follows, sometimes waiting for a home to be built, location, and other cons could prevent that route from being a suitable choice or vice versa. These are the pros and cons of buying a newly constructed home.

Inspections can cost and the majority of buyers spend $300-$500, or more, depending on the size of the house, to get one. But, they’re worth the money. Having a proper inspection can help prevent you from having to deal with the repercussions of say a leaky roof, needing to repair an HVAC system, or any other problems you may find in an aging house. And, if these problems are large and expensive enough, they can drastically change your plan on buying the home – whether it be renegotiating or backing out altogether. But, don’t rely on your newly constructed home to not need an inspection. It’s always smart to bring an inspector into your newly constructed home too as they can identify areas of concerns which your contractor may have overlooked or worked too fast on, luckily, these repairs should be covered by a builders warranty.

Unfortunately, the inventory of existing houses for sale is dwindling with many would-be sellers still reluctant to put their places on the market and have visitors tour them at all hours of the day. And even though many realty agents have switched to virtual showings, most buyers eventually want to see a house close up and in person. Home builders, on the other hand, are rushing to meet demand. At last report, construction is surging above last year’s production figures. So, with newly constructed homes, inventory isn’t an issue. You find the development you’re interested in an explore their options to see if it’s a good fit for you. You can also independently purchase land to build your home on – the world can really feel like your oyster.

Inside the latest models, you’re likely to find larger rooms and open floor plans as opposed to the chopped up rooms found in most older existing houses. Open kitchens with islands and lots of light are the rage now, for example. Sometimes the master bedroom suite will be on the first floor, or maybe there will be two such enclaves instead of just one.

Garages, too, are usually standard fare. In most new houses, you can park not just one but two cars under roof, whereas many older places don’t have even a one-car garage. And baths are far more luxurious, with a soaking tub and separate shower, a closeted commode and perhaps even his-and-her sinks.

A new house is almost guaranteed to be more energy efficient, meaning it’s going to be less expensive to heat than an older place of comparable size. You’ll find brand new, never been used appliances that are probably Energy Star rated, and possibly even smart thermostats, door bells and other technological upgrades.

What’s more, most builders these days allow their buyers to customize their houses to one degree or another. Some will let you move walls. And the list of options and upgrades is often without limit. You can pick your flooring, cabinets, appliances, paint and any number of other features.

You’ll also get to pick your building site. Some lots may be more expensive than others, but you have the choice of a lot with a view, a wooded lot or possible even one near water. Be aware, though, that in some places, the cost of the house doesn’t include the price of the lot it will sit on.

None of this is to say existing houses don’t have advantages over newly built places. They do. For example, they’re generally less expensive. And you can haggle, not only on the price but closing costs, settlement date and what must stay with the house.

Actually, everything is negotiable when you buy a resale, right down to the dog the seller may not want to take with him. On the other hand, builders tend to balk at even discussing a lower price. They might throw in a free option or upgrade — maybe even two or three — but that’s about it. For the most part, their prices as firm.

Existing houses are often in more desirable locations, too. Closer-in neighborhoods that, more often than not, are mature, much more so than new home projects. The landscape around the immediate house, its neighbors and up and down the street is likely to be full grown, with a spreading canopy of tree tops with swaths of colorful flowers and shrubs dotting the area.

Furthermore, the dynamics of the neighborhood are usually established. Many of the residents are long-termers who probably have been there for years. And you can tell how well they’ve flourished by how well – or perhaps more importantly, how poorly – they’ve kept up their properties.

You won’t know what you’re going to get in a brand new subdivision. Your neighbors could be great, and usually are. Most ne’er-do-wells don’t buy new homes. But you never know; your neighbor could turn out to be a deadbeat, a malcontent or just someone with whom you’d rather not associate. You can choose your house but you can’t choose your neighbor.

Older homes also tend to have more character,and some people just prefer to live in a home that has that worn-in feel. There’s also the added benefit of buying a fixer-upper, homes that are existing but just need a little more TLC than a typical property.

You are probably not going to get lush landscaping with a new home that you would with an existing one. But at least you can plant what you want once you move in to make it your own. And unlike years past, when builders tended to clear-cut wide swaths of the earth and then replant an immature tree or two and a few shrubs once the house was finished, most builders these days are going out of their way to save trees and other plantings.

New construction usually takes place further out into the suburbs. You might be able to find an in-fill property here and there. But for the most part, a new home usually means a longer commute to work. It also means you might have to wait for shopping, schools, libraries, firehouses and other key pieces of infrastructure to be built. Those things usually come after there are enough homes and people to support them.

It’s also highly likely that you’re going to have to deal with on-going construction noise and traffic until the property is built out. That could range from hammering and bulldozing outside your bedroom window in the early hours of the morning as the house next door takes shape.

We buy houses in Rocklin. 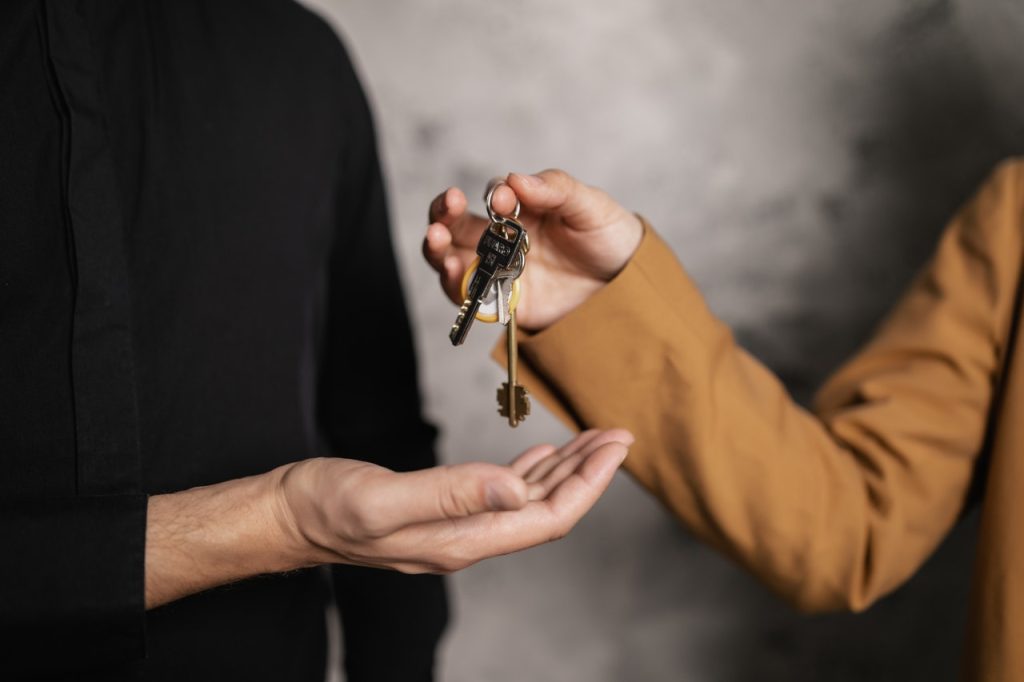 So, you’re on the fence about whether to buy an existing home or build a new one. There are plenty of factors that go into the process, from finding a great location, costs, the neighborhood’s safety, and for some, great amenities. Generations ago, people would live in their homes for upward of 10 to 30 years, and they would pay off their mortgages and remain in the same house well into their retirement years. Today, homebuyers prefer mobility, and sometimes that means changing cities for work or leisure frequently.

The average person moves 11.7 times during their lifetime and may own two or more homes. Whether buying a home for the first time or building your dream home is your ideal journey, all home buyers tend to have something in common – buying a home will likely count among the most significant investments they will ever make. Understanding what each option entails will help you make a better, more informed decision in this exciting home buying journey.

An existing home, also known as a resale home, is previously owned property and not necessarily new. According to the National Association of Realtors, existing-home sales account for more than 90 percent of total home sales. During the pandemic, the housing supply decreased dramatically according to the Federal Reserve. Because of this, it created a sellers’ market, with homes selling well above the list price. But even when the market doesn’t favor, buyers may be seeing houses selling soon after being listed. While this isn’t something to be discouraged about, buying an existing home still has its perks. Older homes boast unique architectural styles, charm, and plenty of character. Buying an existing home is often more affordable than building a new one.

Things to Consider with Existing Homes

Buying an existing home comes with a variety of trade-offs as well, which may include:

In other cases, some buyers get excited about the process of customizing and upgrading an older home to fit their personal needs. Whether you’re a DIY enthusiast or just someone who enjoys fixer-uppers, undertaking the remodeling process can take on high costs and additional time. The housing market for older homes can also get a bit competitive, which means buyers may have to present higher offers. The housing market is fast-paced, so buying an older home may not be your best bet if you’re indecisive.

According to the National Association of Home Builder’s 2021 survey, 60 percent of buyers prefer a new construction home over an existing home. Whether you decide to purchase a home in a popular new subdivision, buy a semi-custom home that you personalize with your chosen finishes and upgrades, or oversee the construction of a custom-built dream home, you will need to find the right home builder to get the job done. So, where do you start? The experience of buying a brand-new home starts with your own research. Consider looking into various locations that peak your interests, architectural styles, and amenities. Find a community, find a lot, and from there, you can choose a builder.  We buy houses in Schaumburg Il.

Things to Consider with a New Home

Unlike existing homes, builders tend to be more open to paying for some or all buyer’s closing costs. This should be negotiated early on and put into writing between the buyer and builder. Building a new home also means homebuyers can choose their preferred design elements including:

Customizations like these allow the buyer complete control over the final aesthetic, especially regarding color palettes and personal touches like countertops, appliances, and more. Building a new home can also be time-consuming, so be mindful of your projected completion date. Weather and other unexpected conditions can delay the building process.

It’s also important to check in with your builder to ensure you’re both on the same page; after all, they are crafting the home of your dreams— don’t be afraid to speak up if it’s not meeting your expectations. If all things go as planned, you won’t have to lift a finger. So why are people becoming more interested in new construction? Well, according to a 2020 NARS report, 39 percent of buyers choose new construction to avoid costly renovations or electrical or plumbing problems.

How to Know Which Is the Right Choice for You

Figuring out which home is best for you is all a part of the home buying journey. Embrace the possibilities while weighing the pros and cons of each. There isn’t a right or wrong choice, just one that will take some thoughtful consideration. Remember to enjoy the process and happy home buying!